To learn more about the Watermaster Board, see Article V, Sections A & B of the Judgment. 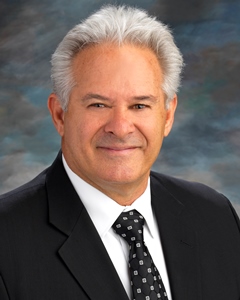 James V. Curatalo, Jr. was elected to the Cucamonga Valley Water District Board of Directors in November 1999. He represents Division 5 and currently serves on the Water Resources Committee and the Human Resources/Risk Management Committee. Director Curatalo also serves as Chairman of the Chino Basin Watermaster Board where he represents Fontana Union Water Company, a mutual water agency in which CVWD is the majority shareholder. He represents CVWD as the regular special district member for the County of San Bernardino, Local Agency Formation Commission (LAFCO), where he serves as Vice-Chairman of the Commission.

President Curatalo is a retired battalion chief from the Rancho Cucamonga Fire Protection District. His background and experience include fire safety, technical rescue, hazardous material incident management, and he has served as a training officer for his department. Prior to his employment with the Fire District, he was a contractor operating his own business in the San Gabriel Valley. 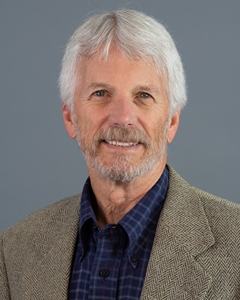 Mr. Jeffrey Pierson has been involved in both the Dairy and Farming industries within the Inland Empire Region for over three decades. He has participated as an officer of the Overlying Agricultural Pool and Advisory Committee throughout this period and has been involved with the evolution of Watermaster to its present-day configuration.

Mr. Pierson represents one of the largest property owners in the Chino Basin. Over the course of his career, he has been responsible for supervising and coordinating the production aspects of large scale real estate development, including land entitlements, engineering studies and documentation, land planning and architecture, construction management and general contracting, along with the acquisition and disposition of raw and finished product. He serves as the Principle-in-Charge of individual development projects controlled or managed by Unitex Management Corp., the Intex family of corporations and partnerships, and Eastvale Development Company.

Mr. Pierson represents the Overlying Agricultural Pool on the Watermaster Board. 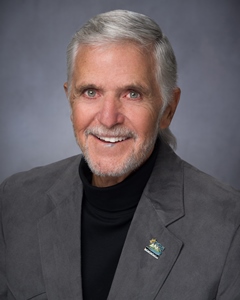 Bob and his wife have lived in Glendora for over 56 years.

Bob served four years on the City Planning Commission and eight years on the Glendora City Council, three of those years as mayor. As a Council Member, he served on the San Gabriel Valley Association of Cities, Southern California Association of Governments, was a delegate to the League of California Cities and the Los Angeles County Sanitation District. He is a past President of both the Foothill Transit Board and Independent Cities Risk Management Association. He also served on the San Gabriel Valley Planning Committee and as an alternate on the Los Angeles County LAFCO Board.

Bob is Semi Retired as the owner of a Glendora based insurance agency. 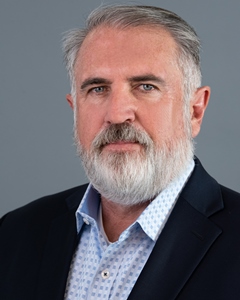 Mr. Robert Bowcock has been appointed to serve on several Watermaster Boards by California Superior Courts since 1990. He currently represents municipal, industrial and commercial parties in the Chino, San Gabriel, Raymond, Mojave, Central and West Los Angeles, Upper Los Angeles River, Santa Clara and San Diego River Basin Judgments in California. Mr. Bowcock founded Integrated Resource Management, Inc. in 1997 after serving as a Water Utility Manager in Azusa (1991-97) and Huntington Park (1987-91), California. Prior to that, Mr. Bowcock worked for the Metropolitan Water District of Southern California (1982-87), and as a United States Army Civil Affairs Team Leader designed and constructed water treatment and distribution systems for various federal branches of government in Southeast Asia and South America. Mr. Bowcock is also a founder and strategic advisor to Aqua Capital Management LP and AquaTecture, LLC. He is a licensed California Grade V Water Treatment Operator and maintains various other water industry licenses and certifications. He routinely provides expert witness testimony to both state and federal courts and conducts research and writes reports for legal firms in the specific area of water resource management. 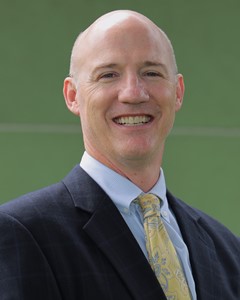 Mr. Burton has over two decades of professional experience in the Chino Basin region as a utility engineer and manager for the City of Ontario. As the Utilities General Manager, Mr. Burton has led public service teams responsible for retail water and wastewater services, integrated waste services and City-wide fleet services and facility maintenance. Prior to this, Mr. Burton worked for a retail water district in Orange County and as a professional engineering consultant.

Mr. Burton has had the opportunity to contribute to a number of successes in the region including both those found in the Watermaster Optimum Basin Management Program and policy objectives set by the Ontario City Council. Ontario is the largest individual water rights holder in the Chino Basin, is a partner/owner in both the Chino Basin Desalter Authority and the Water Facilities Authority (imported water), and has an extensive recycled water program, consisting of about 500 service connections presently meeting over 15% of the community's water demands. Optimizing available water resources for long-term public benefit is a central theme in these endeavors.

Mr. Burton holds a Bachelor’s of Science degree in Civil Engineering, is a Registered Civil Engineer and holds Level 2 Operator Certifications in both water treatment and water distribution. 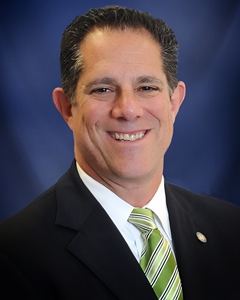 In November, 2010, 2014 and 2018, Mr. Elie was elected as the representative of IEUA Division 3, representing the Cities of Chino and Chino Hills. He currently serves as President of IEUA’s Board of Directors. Mr. Elie also serves as the Chair of IEUA’s Community and Legislative Affairs Committee and is a member of the IEUA Audit Committee.. Mr. Elie’s service for IEUA also includes acting as the IEUA representative to and Chair of the Board of the National Water Research Institute, as IEUA’s representative to and Second Vice President of the Southern California Water Coalition, as IEUA’s alternate on the Chino Basin Desalter Authority.

Mr. Elie is a member of the California Bar who has practiced law for almost 35 years. He regularly represents public entities and public utility regulated entities in complex, multiparty litigation and administrative matters, including those involving soil and groundwater contamination. 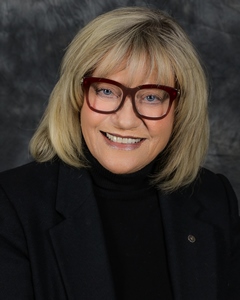 She has served on several boards including the Jurupa Unified School District Board of Education, the Wiley Center in Riverside, the Rubidoux Youth Opportunity Center, the Rubidoux Family Resource Center, and FIRST FIVE, a Riverside County Children and Families Commission. She has also served as a Court Appointed Special Advocate (CASA) for foster youth, and now serves on the board of PlanIt Life Foster Homes. She is Past President of the Rotary Club of Jurupa Valley, currently Club Administrator as well as Assistant Governor for Rotary District 5330. She was Ambassadorial Scholarship Chair for the district from 2006 to 2014. At the Rotary International level, she has served on a Rotaplast Team to Peru, as a Group Study Exchange Team Leader to Taiwan, and as a Vocational Training Team member to Brazil. Named Citizen of the Year by the West Riverside Businessmen’s Association in 1990, and Woman of the Year by the Jurupa Valley Chamber of Commerce in 2006, she also received the Riverside YWCA Woman of Achievement Award in 2010.

Betty has a Bachelor’s Degree in Music from CSU Fullerton, a Secondary Teaching Credential from Sacramento State, a Pupil Personnel Services Credential from the University of Riverside, and a Master’s Degree in Education plus an Administrative Credential from Azusa Pacific University. Her career in education spanned Chino Unified School District, Jurupa Unified School District, and the Riverside County Office of Education. She has served as the California Supervisors of Child Welfare and Attendance State President, and as a Regional Administrator of the Federal Safe and Drug Free Schools and Communities.

Betty Folsom represents the Appropriative Pool on the Watermaster Board. 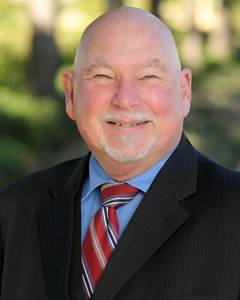 An advocate for water supply diversity with more than two decades of experience in environmental planning and a combined 35 years of utility management, oversight and policy experience, Mike Gardner joined Western’s Board of Directors in December 2020. He represents Division 1 which includes a portion of the City of Riverside located north of Highway 91 and extending to the San Bernardino County line.

Mike Gardner served on the Riverside City Council for 12 years, where he was a member of the council committee overseeing Riverside’s Public Utilities. He is currently a Governor’s appointee to the Seismic Safety Commission and has served three Governors over the past ten years.

Director Gardner is currently a Board member for the Mary S. Roberts Pet Adoption Center, Animal Solutions Konnection and Sunshine Haven Wildlife Rehabilitation. He is a graduate of Leadership Riverside, class of 2005.

Mike Gardner is a 49-year resident of the City of Riverside, where he currently lives with his wife. His current term on the Western Board of Directors expires in December 2022. 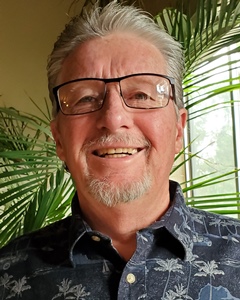 Pete Hall, a Correctional Plant Manager II for the California Department of Corrections and Rehabilitation (CDCR), responsible for the California Institution for Men's physical operations since 1979. Mr. Hall had responsibility for the direct management, custody, counseling to administrative services, security and management of inmates and staff within the correctional institution. Duties also included Penal Code 832 Training, maintaining firearms qualifications for security reasons and assignments. Provide budget oversight, regulatory monitoring and Human Resources. Mr. Hall has been involved with Chino Basin Watermaster since 1989 alongside the Attorney General's Office. In 2009 Mr. Hall retired after 32 years of service, but returned as a consultant assigned to Sacramento to oversee the State's and CDCR interests within the Agricultural Pool and Chino Basin Watermaster.

Mr. Hall has been on several boards, Board of Directors and President of RSYL (Parks and Recreations) from 1994 to 1998 and Division Board Member from 1987 to 1999, served as Director of the Board from 2006 to 2008 for Rim of the World Parks and Recreation (elected position by the public), served on San Bernardino Board of Supervisors as Board Chairman for Special Districts from 1996 to 2000 (elected by the public and approved by County Supervisor) and currently serving on the Board of Directors for Calvary Chapel Lake Arrowhead (CCLA) from 2015 to present.

Mr. Hall represents the State of California / Department of Corrections and Rehabilitation (CDCR) on the Overlying Agricultural Pool seated on the Watermaster Board.

Mr. Hall currently resides in the Lake Arrowhead area with his beautiful wife of 46 years and raised a family up in Lake Arrowhead where Mr. Hall grew up since 1956.